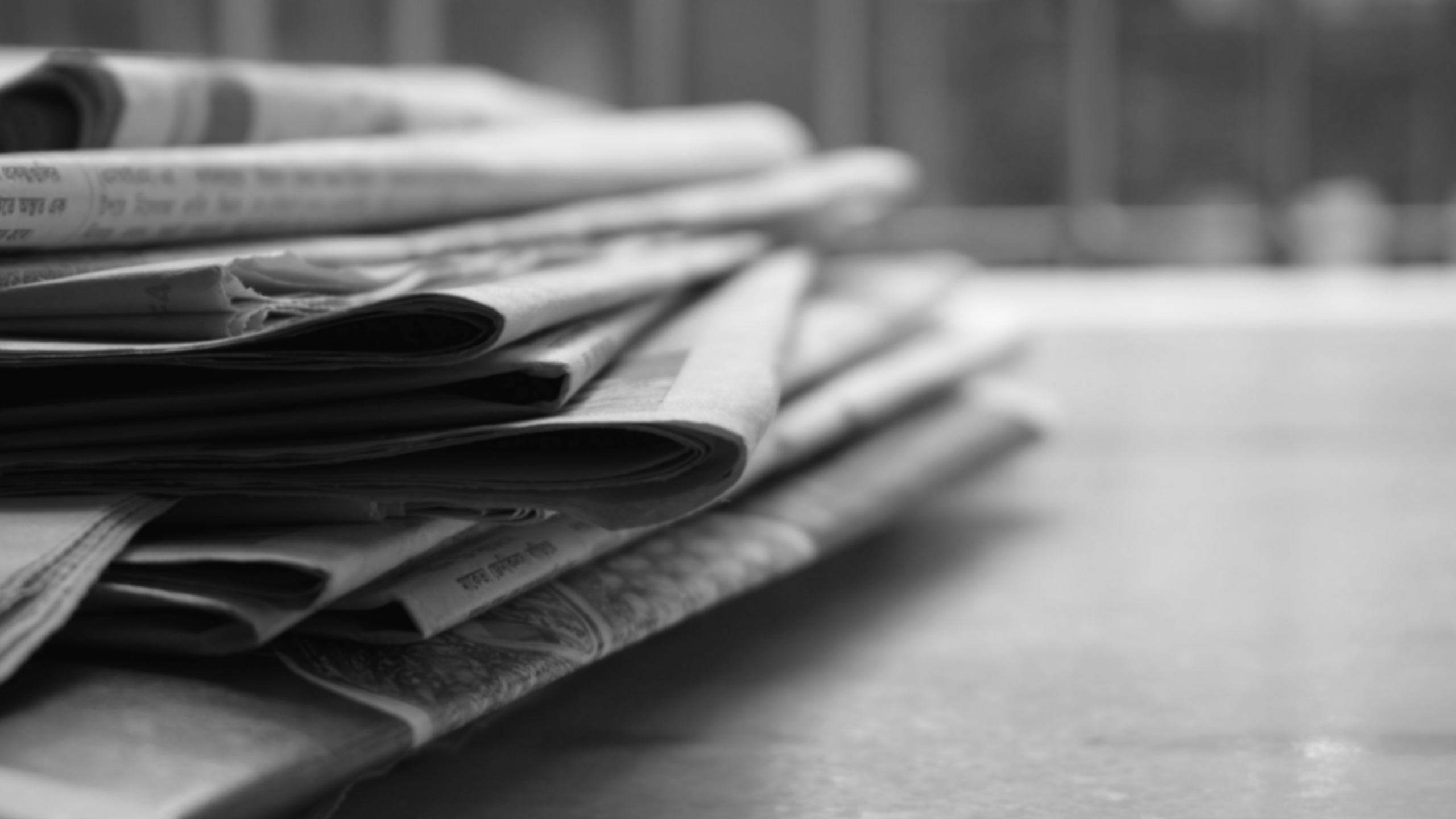 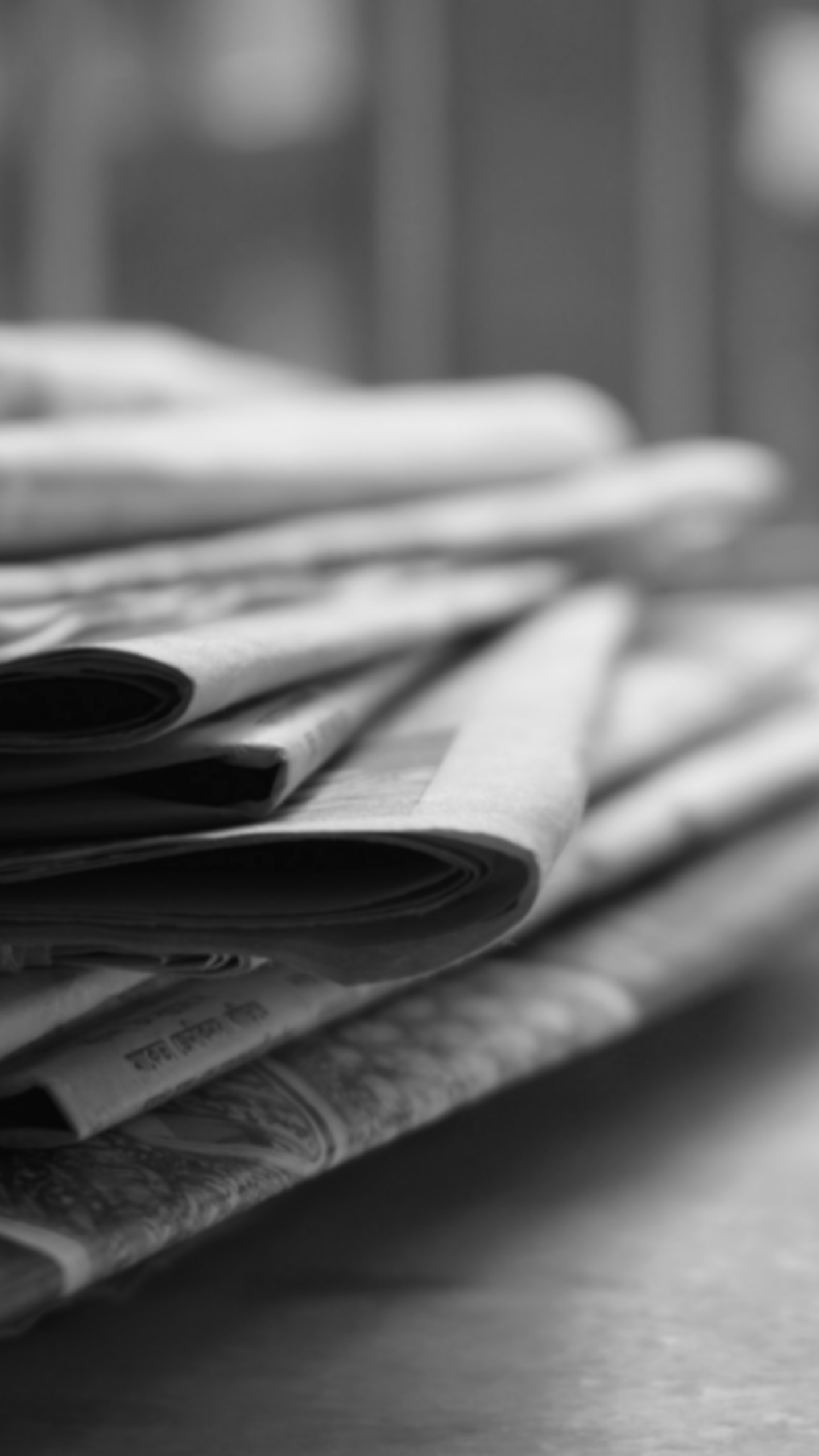 They are as different as the publications, programmes and websites they create and the communities and audiences they serve. But they share the values that matter.

We believe these values give the society the integrity and authority to influence debate on press and broadcasting freedom, ethics and the culture and business of news media.

The universal right to freedom of expression

The commitment to high editorial standards

Apply for membership for a range of benefits, opportunities, advice and support.

Membership is open to people who work in or with any part of the news media in senior editorial or policy making roles.  Membership also extends to those who work within publications, broadcasting, digital media, journalism education, media law, aspiring journalists and all those who support the objectives of the Society.

Find out more about the Society of Editors

The Society is a members’ organisation with an elected president, chair and board of directors.

The Society’s President is Alison Gow, Audience and Content Editor for the North West with Reach plc and publisher of Laudable. The secretariat oversees the day-to-day management and direction of the Society from Cambridge.

2019 saw the Society celebrating 20 years representing freedom of the press.

The Society was formed by a merger of the Guild of Editors and the Association of the British Editors in April 1999.

We produced this video in 2009 to highlight our achievement in our first 10 years.

Find out more about the organisation, the current president, and our board below.

You can also access our media page and watch video highlights from some of the events the Society has staged in its 20th year.

Elected President of the Society in November 2019, Alison Gow is Audience and Content Editor for the North West with Reach plc, and publisher of Laudable, a Google-funded collaboration between Reach and JPI Media to innovate and investigate opportunities for podcasts and audio for local news. Alison is a former newspaper editor and digital editor, with titles including WalesOnline, the Daily Post and the Liverpool Echo.

Claire joined the Society of Editors in 2012 and now oversees the campaign and advocacy work of the Society in line with its aims and objectives. Her role includes working to support the executive director and Society board in providing research to support and lead on the Society's varied initiatives, campaigns and parliamentary and legal work.

With more than 7 years' experience helping to promote media freedom and the public's right to know, Claire also helps to plan and execute the Society’s varied events in line with its objectives: this includes the annual conference, national and regional media awards, the Satchwell Lecture and regional seminars.

Mariella joined the Society of Editors in 2019 and has overseen the annual Press Awards, conferences, and the roadshow project with the courts service (HMCTS). Passionate about freedom of expression, she also enjoys researching for and writing articles on industry causes for the SoE bulletin.

A member of the team for thirteen years, Angela administrates the Society’s membership. She is also responsible for planning and bookings for the Society’s annual conference and awards. Other responsibilities include reconciling income and liaising with our accountants on financial matters.

Elected President of the Society in November 2019, Alison Gow is Audience and Content Editor for the North West with Reach plc, and publisher of Laudable, a Google-funded collaboration between Reach and JPI Media to innovate and investigate opportunities for podcasts and audio for local news. Alison is a former newspaper editor and digital editor, with titles including WalesOnline, the Daily Post and the Liverpool Echo.

Kamal Ahmed is Co-founder and Editor-in-Chief of The News Movement. He is the former Editorial Director of BBC News and a member of News Group Board which oversaw the BBC's global news and current affairs operations. Between 2016 and 2018 Kamal was Economics Editorfor the BBC, leading economics coverage for the corporation. He joined the BBC in April 2014 as Business Editor from the Telegraph Media Group where he was Executive Business Editor with responsibility for The Sunday Telegraph's business and economics coverage.

Between 2007 and 2009 Kamal was Group Director, Communications, at the Equality and Human Rights Commission. Prior to this Kamal was Executive Editor, News, at The Observer and one of the team that led its relaunch. He has also worked for The Guardian and Scotland on Sunday.

Alex Bannister has been Group Managing Editor at the Daily Mail since 2006.

Before working for Mail Newspapers, Alex was Group Managing Editor at Express Newspapers where amongst other things he wrote occasional leaders and indulged his love of two-wheeled sport with a weekly cycling column. Alex is also a board member of the NLA, a publisher-owned rights licensing and publisher services business with a core aim of supporting journalism.

Peter has been Editor-in-Chief of PA Media since January 2015. He was the Editor of Ceefax, and both the BBC News and Sport websites during a 15 year career at the corporation, and was also Executive Producer of the MSN UK website for three years.

Clifton began his career as a news and sports reporter at the Chronicle and Echo newspaper in his home town of Northampton, and also had a stint as chief sub on the PA Media sports desk in Fleet Street in the early 1990s. Away from work his interests include cycling, golf, playing the piano and exchanging stories in bars.

Oliver Duff is the Editor-in-chief of the i paper and inews.co.uk - named Newspaper of the Year and National News Website of the Year in 2020. i offers its growing readership a quick, quality briefing on current affairs.

The UK’s youngest national newspaper editor, Oliver was appointed in 2013 and has since launched the popular iweekend print edition, the website and app. In 2020 i was named the most trusted UK national newsbrand in research by industry auditor PAMCo.

Oliver previously worked at The Independent for a decade, where he was Executive Editor, responsible for news and investigations. His first bylines were published in the Leighton Buzzard Observer.

Jonathan Grun started his career as a journalist reporting sport for a news agency while at school in Cardiff. He was an indentured trainee at the South Wales Argus, Newport, before joining PA Media as a general news reporter in 1979. He is now the Emeritus Editor.

He is a past President of the Society of Editors and a former chairman of the British Press Awards. He is secretary of the Editors’ Code of Practice Committee.

Ceri is the Editorial Revenue Director for Reach Plc. She started her career on her local paper, the Glamorgan Gazette, discovering no better training ground than reporting on the community you’re a part of. Her career took her to the Western Mail, Wales On Sunday culminating in editing WalesOnline before moving to London to become Editor-in-Chief of the South East and Cambridge region. Her present role draws on all her journalistics know-how and ability to think like a reader in order to navigate new, creative ways of funding journalism in these most taxing of times.

Donald is an award-winning Editor, with more than 30 years' experience editing National, Regional, Sunday, Daily and Weekly titles across the UK. He is currently Editor-in-Chief of Newsquest's Scottish titles and Editor of The Herald & Herald on Sunday.

Previously Head of Publishing for DC Thomson's magazines including The People's Friend, My Weekly, Scots Mag, Scottish Wedding Directory and No1 Magazine and Editor-in-Chief of DC Thomson Newspapers and Editor of The Sunday Post and Weekly News.

Former Editor of the Evening Times in Glasgow, Evening Express in Aberdeen and the North West Evening Mail in Cumbria; deputy editor of the Cambridge Evening News and Group Editor at Thames Valley Free Newspapers.

He won his first editorship at the age of 24, launching the Edinburgh and Lothians Post.

Donald is the Scottish media representative on the Editors’ Code of Practice Committee of the Independent Press Standards Organisation. He previously served for many years on the National Council for Training of Journalists.

Vic Motune is Head of News at The Voice, the UK’s largest publication aimed at a black British audience. His role involves developing content for the print edition, as well as video and audio content for The Voice’s website and social media platforms.

A journalist whose experience includes print, radio, and television news he has won two Race in the Media Awards for his work and a MIND award for reporting on mental health.

Before joining The Voice, Vic was a producer with 5 Live, creating and producing the weekly magazine show Word Up! He has also written for publications such as the New Statesman, the Big Issue North, and Mental Health Practice to name a few.

Director of Associated Newspaper's trainee programme. Formerly head of news and managing editor of The Daily Telegraph. A trustee of the Journalists' Charity and on the board of the London Press Club and Women in Journalism.

She is also the founding director of Henley Literary Festival.

Moira is Editor and Publisher of the Methodist Recorder (a weekly, national newspaper).

She is the Under Warden of the Worshipful Company of Stationers and Newspaper Makers (the City of London Livery Company for the Communications and Content Industries).

Moira is a member of the News Media Association’s Independent Publishers Forum and the International Society of Weekly Newspaper Editors.

She is also a Board member of the London Press Club.

Victoria became the Managing Editor in early 2020 after four years growing The Sun’s digital team and business as Digital Managing Editor. Working with Editor-in-Chief Victoria Newton, she has headed a series of transformation projects positioning The Sun as a pioneering, digital-first seven day news operation.

She has been with The Sun for 10 years since joining from the News of the World, where she started as a sub-editor. While at The Sun, Victoria has worked in a variety of roles, including as a homepage editor and as Deputy Head of Strategy.

Sarah is Deputy Head of Newsgathering. She joined Sky in 2011 as Head of International News and moved to be Head of Home News in 2014. Sarah joined Sky from the BBC where she was Deployments editor in foreign News and Strand Editor on the BBC News Channel. In the 16 years she spent at the BBC she had an eclectic career involving working in documentaries, drama and news.

He is also chairman of the London Press Club and a past president of the Society of Editors.

Joy is the editor of the daily titles the Sunderland Echo, Shields Gazette and Hartlepool Mail.

She is also the editorial director for the JPIMedia North East publishing unit, which includes the weekly title the Northumberland Gazette.

Joy is an industry advisor for Sunderland University on behalf of the National Council for the Training of Journalists.