A weekly Cambridge newspaper has celebrated its 200th issue since launching in September 2016.

The Iliffe Media-owned Cambridge Independent, known for its award-winning photography features, says it prides itself in giving voices to communities and campaigns for issues the paper feels really matters.

The paper has responded to the Covid-19 crisis by supporting the media campaign for Cambridgeshire’s Coronavirus Community Fund which has reached over £850,000 of its £1million target.

Writing in the 200th issue, editor Paul Brackley praised his journalists saying “as editor, I have been lucky to work with a dedicated, hard-working and talented team.”

The paper used its 200th edition to provide a feature looking back on the successful front-page campaigns and breaking news stories, including its special edition tribute to Cambridge’s Professor Stephen Hawking who passed away in March 2018 (pictured below). 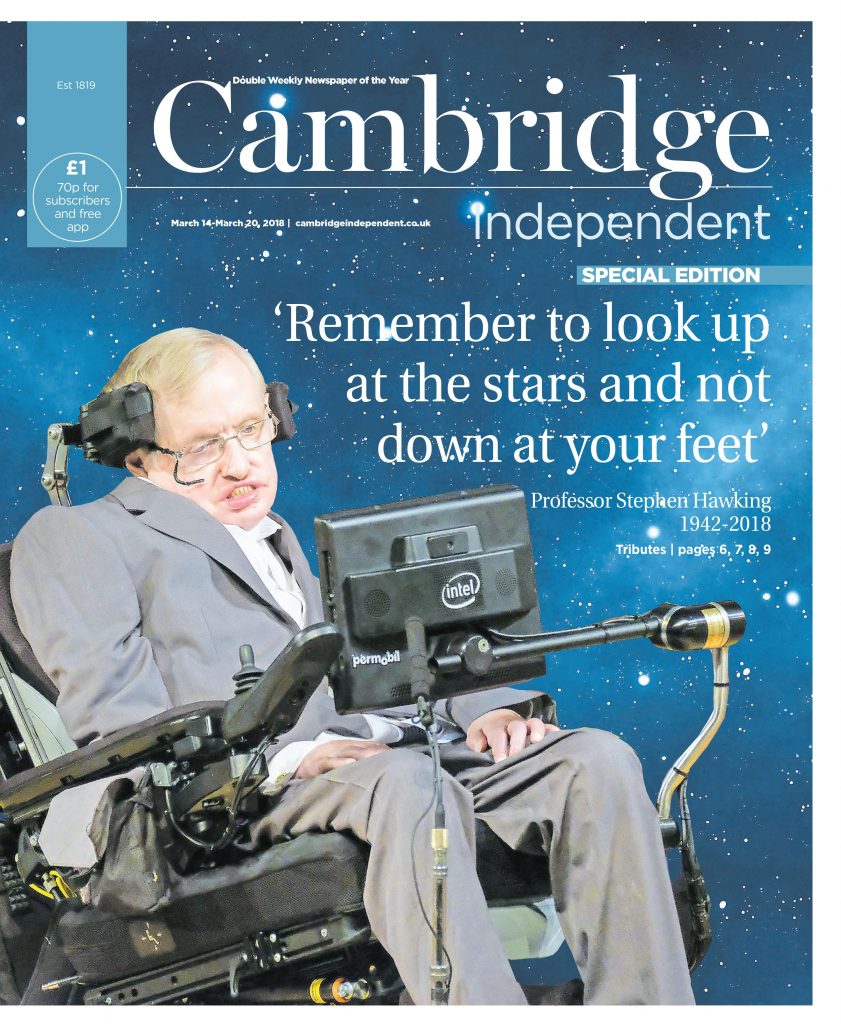 Marking the 200th issue, Paul Brackley wrote: “Since we first published in September 2016, we have been overwhelmed by the response from readers and advertisers alike.

“Our team has sought to provide a compelling, informative and entertaining newspaper every week, with trusted content, quality journalism, award-winning photography – and some humour too.

“We have given voices to many across the community, campaigned hard for issues that we feel really matter and championed the good work of charities, schools, businesses and other organisations.

“As our name tells you, we are proudly independent. Our publisher, Iliffe Media, is a family-owned business that believes in the power of the regional press. Everything we do is created locally.”

The Independent was created as a rival to Reach-owned Cambridge News after a deal to hand the daily title back to Iliffe fell through.

Iliffe Media has rapidly expanded over the past years, acquiring the Kent Messenger Group and local titles including the Bury Free Press from JPI Media in 2017.

Despite being young in years, the Cambridge Independent has seen success at awards including winning Newspaper of the Year at the Society’s Regional Press Awards in 2017.

The paper also won Front Page of the Year at 2018’s Regional Press Awards for its festive front page ‘Here’s one chimney Santa didn’t climb down’ displaying a chimney demolition captured by the paper’s Keith Heppell, who also won Weekly Photographer of the Year. 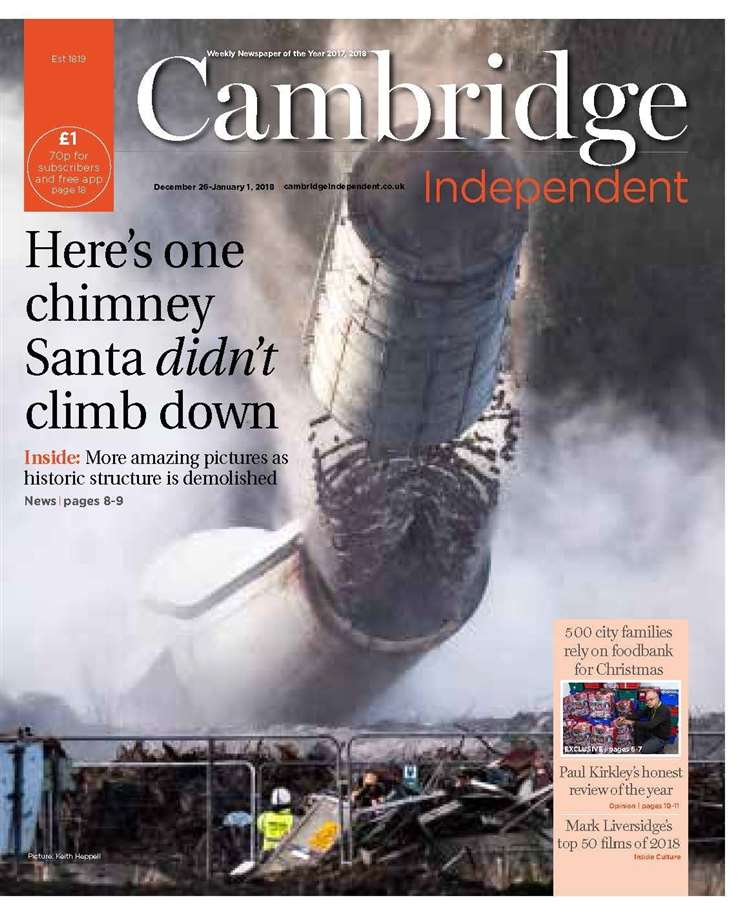 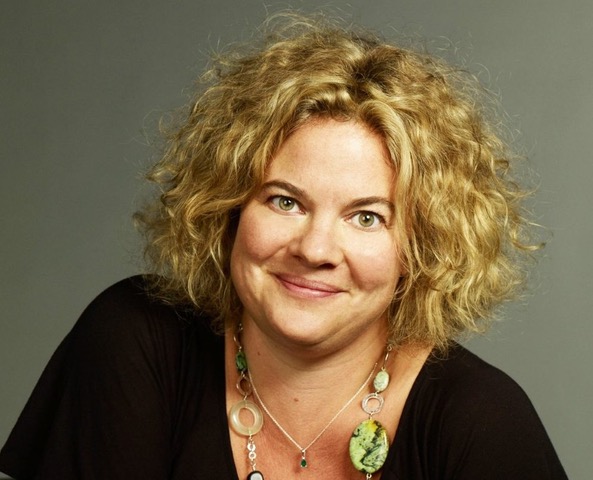 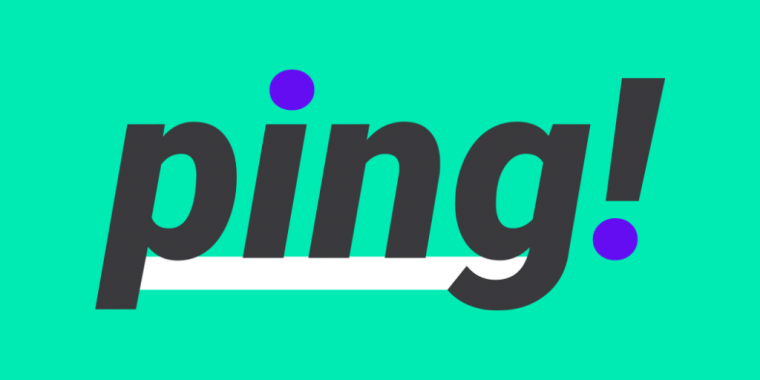