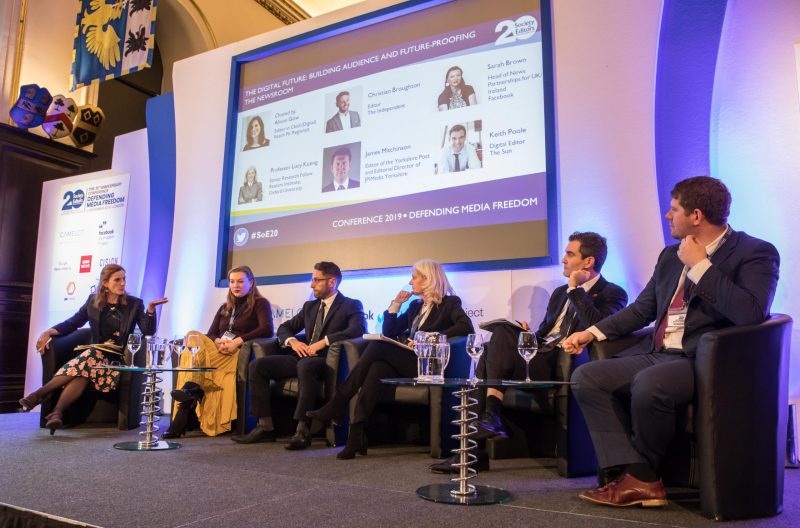 PROPERLY valuing and developing people is the key to future-proofing newsrooms if they are to make the most of digital opportunities.

Speaking in a panel discussion at the Society of Editors’ 20th anniversary conference, Prof Lucy Kueng, Senior Research Fellow at the Reuters Institute, Oxford University, said there is clear evidence that the most successful organisations are those that identify and effectively develop their talent.

“There needs to be investment in the people in the sector. Newsrooms are exhausted after two decades of change, but the thing you have that other sectors would kill for is the calibre of your people,” she told delegates at the Stationers’ Hall in London.

She added top-performing companies tend to be those where editors devote most of their time to shaping positive, effective operational culture. But there are risks: “There is an inter-generational tension happening in newsrooms,” she said. “Millennials do tick differently. They are insisting on a different way of leadership from their bosses. They want lots of mentoring, lots of feedback, lots of progress. They won’t stay long, but they value it, and have a real sense of purpose. They are enormously driven – these people are the path to growth.”

The panel discussion, chaired by Alison Gow, Editor in Chief (digital) for Reach’s regionals division, brought together an impressive pool of digital talent: in addition to Prof Kueng, it featured Christian Broughton, Editor of The Independent; Sarah Brown, Facebook’s Head of News Partnerships for UK/Ireland; Keith Poole of The Sun; and James Mitchinson, Editor of the Yorkshire Post.

Sarah Brown outlined collaborative initiatives Facebook is conducting with publishers, the best known being its community news project. Looking ahead, she believes the demands are clear: “People want to see more news, but they want to see a broader spectrum of news,” she said.

Christian Broughton noted a distinct attitudinal change – the industry is now at the point where it is far more forward-looking, rather than dwelling on the challenges of the past. “At some point in the last year there was a whole internal shift – it was defined more about where we are going to, rather than where we’re coming from. We have got to the point where we have got confidence in what we’re doing, and what we’re about. I think the future is looking very exciting.”

Keith Poole has been busy developing The Sun’s website. His emphasis is firmly on engagement, though he acknowledges that ‘engagement’ can mean very different things to different people. “What we’ve been able to do is bring our reader much, much closer to reporters and journalists,” he said. “Engagement is page views to most people, but what we’re trying to build is an emotional engagement and focus on the things readers really stick to.

Poole says the website’s audience is now mainly women aged between 18-34. “The net effect is that we publish 20% fewer stories over a 24 hour period, but traffic is growing. “This, he says, has allowed his teams to focus on material that really counts. “It’s often as much about what you don’t do.”

The continuing effort to improve diversity in newsrooms remains a crucial aspiration for media organisations, and the panellists agreed there is still a long way to go.

James Mitchinson told of his difficulties in trying to attract female applicants for a sports editor’s job. The first advertisement prompted 60 responses, none from women. In the end he resorted to Twitter to express his surprise and disappointment.

“There are really good reasons why sports teams churn slowly. Quite often you find individuals on sports desks who are doing their hobby and getting paid for it. When they get one of those jobs, one of the last things they want to do is move on… We need role models and we need to do a better job of putting female sports writers at the forefront of what we do. It is hardly a quick fix. It is tricky.”

Prof Kueng is clear that more attention needs to be paid to people once they have joined an organisation: “It’s not about diversity, it’s about inclusion. Once they’re in the newsroom, how integrated are they? How do meetings take place? It’s very granular. It tends to be the big beasts defending the legacy who have the loudest voices,” she said.

“It really goes to culture and leadership, which are very difficult to correct. Be forensic. What are the new values we want to implant in this newsroom?” 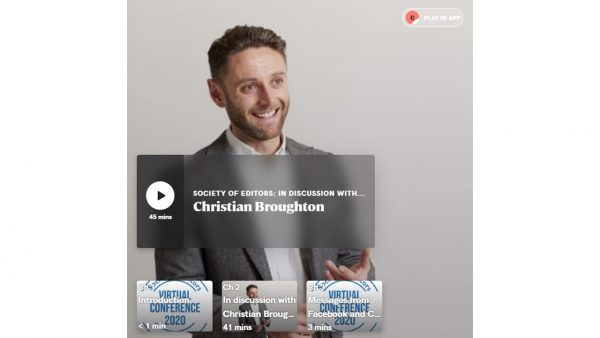 Catch up with the SoE conference as a podcast series

Christian Broughton: “surprised year by year” that more titles are not following The Indy’s success in moving online-only