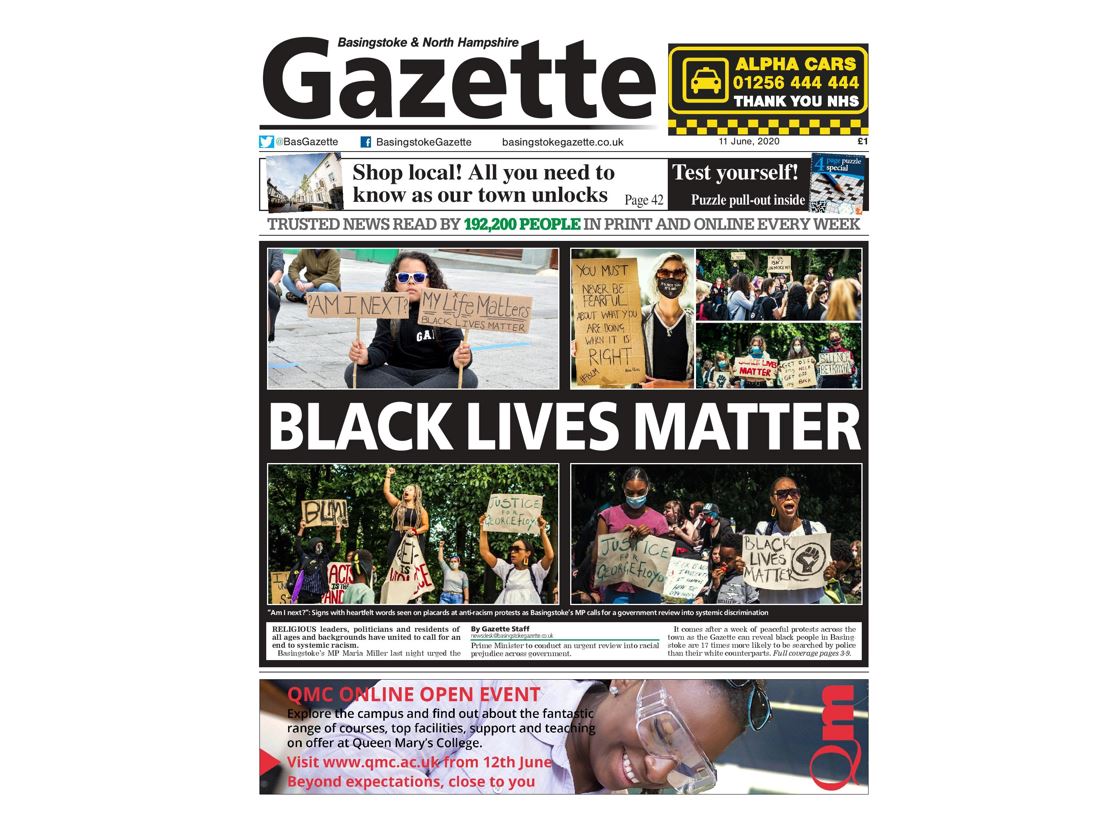 As the Black Lives Matter protests continue and the debate about racial harmony in the UK makes headlines, the Basingstoke Gazette has taken the decision to turn its usual green masthead black.

Editor Katie French explains to the Society of Editors why she made the decision:

This week we made the decision to turn the masthead of the Gazette black in solidarity with anti-racism protests that have been happening across Basingstoke.

It comes as our paper dedicates seven pages to the local against racism movement including interviews with community leaders and reports into racially discrimination.

In this week’s editorial, we make a pledge that we will challenge those in power to ensure action is being taken to stamp out systematic racism that is proven to exist in all realms of society from health care provisions to education to law enforcement.

But this is not a political stance but a moral one. Equality is a basic, fundamental human right.

It has been clear from the reaction in the comments to our online coverage that racism is deep-rooted within society.

It is my view that as a newspaper, we must take some responsibility in challenging ingrained beliefs through amplifying black voices and experiences and as an industry, hiring a more diverse workforce.

I do believe that to be passive and silent on racism is to be complicit. This is why we have taken the approach to delete and block racist and offensive users from commenting on our platforms.

I hope other newspapers will follow suit. I think it would send a powerful message to the public and those in power.

There is sometimes the feeling that local newspapers are parochial and editors are concerned about offending readers. I remember in my first week as a trainee, I reported on a trans man being kicked out of the men’s toilets and barred from a nightclub. The editor wanted to put it on the front page but was worried because that week it was the county show.

But now our readers aren’t just in print but online too. In May, the Gazette was read by 430,000 people. I think readers are bolder and braver than they are give them credit for.

We have had some genuinely heartwarming letters and emails over the past few days regarding our coverage.